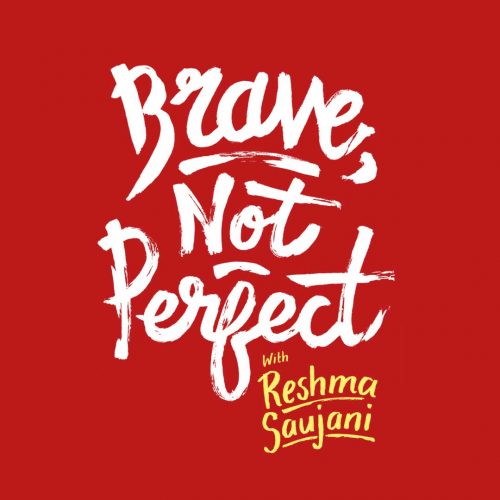 “I believe so strongly that the way to change the global landscape for all women is by supporting and pushing one another in personal and meaningful ways.”
—Reshma Saujani

Through her nonprofit, Girls Who Code, Reshma Saujani, initiates young women into the tech world. It’s through this experience empowering girls that she has realized something vital: the more that women uplift, encourage, and join forces with each other, the more risks we are willing to take in our lives and the farther we’re able to go.

In the following excerpt “Play for Team Brave” from Reshma’s forthcoming book Brave, Not Perfect (February 2019), Reshma addresses how bravery can curb our tendency to go into a competitive mode when it comes to our female peers and colleagues. “What if, instead of worrying there isn’t enough room at the top for all of us (and by the way, there is),” she writes, “we went out of our way to help a female colleague or friend get there?”

Read this sneak peek of Reshma’s new book and learn about building a sisterhood of strength.

When Shalene Flanagan blazed past the finish line to become the first American woman to win the New York City Marathon in forty years, she did more than just set a record. Her achievement brought to light what the New York Times dubbed the “Shalene Flanagan effect,” which broke the every-woman-for-herself mold that was pervasive in the professional running world. Instead, she banded female athletes together to push, support, and inspire one another to win. As a result of her efforts, Flanagan and her teammates are now ranked as some of the world’s best long-distance runners, winning everything from marathons to Olympic medals.

This is what it means to play for Team Brave. I believe so strongly that the way to change the global landscape for all women is by supporting and pushing one another in personal and meaningful ways. When we encourage each other to be brave and share the results—both the good and the bad—we build a sisterhood of strength that supports us to take on even more courageous acts.

Being brave is a powerful form of activism. When you break ground and become the first to do anything, whether it’s winning a marathon or telling someone that the sexist comment he just made wasn’t appropriate, it opens the door for other women to do the same. That’s how we all get stronger, one brave act at a time.

I hate to say this, but bitch culture is never more vicious than when it’s woman against woman. Even though it’s been proven anecdotally and in research that mentoring one another benefits everyone’s bottom line, we still compete like she-gladiators and craftily tear each other down—usually behind the scenes, through snide comments, gossip, maneuvering, and manipulating. It’s death by a thousand cuts, executed through whispers in the ladies’ room, passive-aggressive emails, backhanded compliments, icy snubs, and withering comments disguised as “constructive criticism.”

I remember so clearly when The Devil Wears Prada came out. Pretty much every woman I know had a story to tell about her own Miranda Priestly who tortured her in one way or another. A friend with one of those coveted jobs as an assistant at a talent agency had (on more than one occasion) a cell phone thrown at her by her frustrated female boss. Another who worked in retail stood stunned and speechless as her manager reamed her out for a mistake to cover her own ass, in front of a huge customer. It’s no wonder that the majority of women report that they’d rather work for men than for other women.

There are lots of theories about why we undermine and sabotage each other like this. Some rightly point to the very real obstacles to gender equality that still exist in the workplace. We live in a culture where women need to work twice as hard to earn half the same respect (and less than three-fourths of the same pay), so perhaps we try to hold each other back because every inch of advantage matters. Maybe it’s the undercurrent of that double bind of needing to be assertive and bold to get ahead, but then reviled and criticized for being so. Some claim that women are biologically programmed to compete with one another, just as we did back in primitive times when winning the affection of the alpha male—and the protection and resources that came along with that—was paramount for survival.

But underneath all those theories is one unifying truth: we’re scared of being outshone, outranked, outdone, or knocked down by another woman, so we strike first. Scared that others will see our imperfections, we make sure to shine a big spotlight on others’ flaws. Scared to trust and collaborate with other women, we stick to the every-woman-for-herself style of combat. Feeling vulnerable, we lash out, abuse, and sabotage, doing the very things that we most fear other women will do to us.

Scared that others will see our imperfections, we make sure to shine a big spotlight on others’ flaws.

What if we looked at this a different way? What if we viewed supporting other women as a show of strength rather than weakness? What if we worried less about our imperfections and instead focused on enhancing our skills, and helping other women do the same? What if, instead of feeling intimidated by an assertive woman and bitching about her behind her back, we talked about how we admire her instead? What if, instead of worrying there isn’t enough room at the top for all of us (and by the way, there is), we went out of our way to help a female colleague or friend get there? What if, instead of feeling “less than” some other woman, we reminded ourselves that we are equally smart/talented/valuable and asked her to collaborate with us instead?

Generosity and bravery are intertwined—especially when it comes to women supporting other women. As many of us know all too well, the drive to be perfect can also drive us to want to be “the best.” Giving your time or energy to support other women is brave because it calls you to put aside your quest to be better than everyone else and help make another woman’s experience better instead.

Come hear Reshma speak at WOMEN TOGETHER: The Movement Starts with You, on Friday, October 26. If you can’t make it in person, you can join us online via live-stream!

Plus! WATCH Reshma’s breakthrough TED talk on the pursuit of perfection.

Let's share the good news — How have women supported you in your life and career? Cancel reply 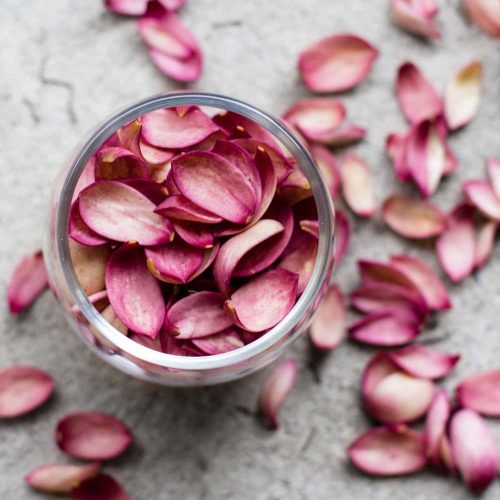