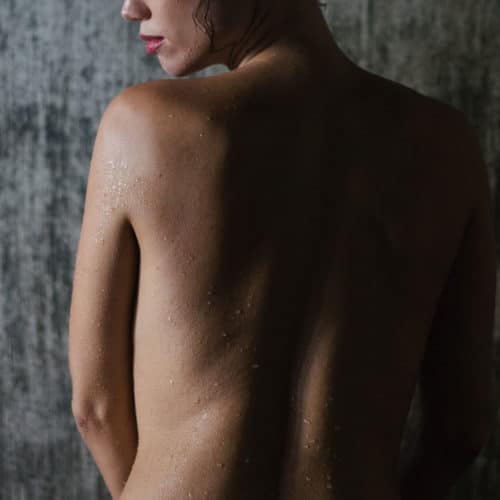 Heavenly Bodies
From “This Messy Magnificent Life: A Field Guide”
By Geneen Roth

Enjoy this sneak preview of the delightful new book, This Messy Magnificent Life: A Field Guide, from best-selling author Geneen Roth, a groundbreaking voice on women’s struggles with food, their bodies, emotions, meaning — and everything else that can keep us from fully embodying our amazingly complex, confident, sometimes crazy selves.

After breaking my back in an accident several years ago it occurred to me that I hadn’t realized I had a back. Not really. Sure, I knew the word for back. I knew my back was behind my front. I knew what a vertebra was from photos in freshman biology. I knew that when I did Pilates twice a week, it sometimes hurt back there. But as a longtime runner, dancer, and mountain hiker, I’d always treated my body like a machine I could push to its limits, like a piece of clay I could sculpt to my image of it. I thought of my body as a collection of limbs and organs that happened to be connected to the person I took myself to be. It was like owning a three-story house and living in the attic for sixty-four years.

In her book M Train, Patti Smith asks, “How is it that we never completely comprehend our love for someone until they’re gone?” A version of the same question might be asked for backs that support us, legs that carry us, arms that pick up our children, and even for having bodies at all. In my own case, it took breaking my back to recognize the good fortune of having one.

It took a crisis to wake me … to the difference between having a body and living in it.

Until the broken vertebrae (and the radical pain that ensued), I was both mystified and bored by what I’d heard other people call “living in the body.” It felt uninteresting and irrelevant. It also felt unnecessary since everything I wanted to do—move, work, touch, eat, sleep, talk—could and did happen without occupying the lower floors. As usual, it took a crisis to wake me; this time, to the difference between having a body and living in it.

The vertebral mishap made it clear that I’d been treating my body with unconscious resentment. “Really?” I’d think. “I have to interrupt what I am doing and workout with weights three times weekly to keep my bones strong? I have to stand up every twenty minutes when I am writing because ‘sitting is the new smoking’? And I have to practice Kegel exercises called Closing the Garage Door and Snapping the Turtle Shut do that I don’t end up wearing Depends?”

It didn’t stop there. There was also the day-to-day maintenance of flossing, water-picking, deep-skin cleansing, and food preparation, just to wake up the next morning and do it over again. To that full-time job, add the hours of reading about and ordering the array of sunscreens that don’t give you cancer, hair thickeners that don’t make you look as if you stuck your finger in an electric socket, and toe-separators for bunions.

I was kinder to my jade plant than to my body.

When I bring up the subject of embodiment at my retreats, the response is equally unenthusiastic. “For God’s sake,” my students say, “now I have to pay attention to MY BODY? My children need to be picked up from school, I have a business to run, a paper to write. Can’t you just tell me what, when, and how much to eat? (So that I can do it for a few weeks and then rebel against being told what, when, and how much to eat?) No one ever told me that living in my body was part of the deal here. And I don’t time to learn something new. “Yes, I say, I understand, after which I often quote James Joyce: “Mister Duffy lived a short distance from his body.” A wave of head-nodding ensues, after which someone murmurs, “but the real problem is that my mother made made go on a diet when I was ten” and we are back in the attic again watching childhood reruns.

In the movie The Story of Stuff, the narrator says there is no such thing as away when we throw something away. It’s all connected: the plastic bag in your hand, the shirt you just bought, the poisoning of the oceans. “There is no away,” I kept saying to myself in those first post-fracture months, because although I did not believe that I was to blame for breaking my back, I did see that for many years I’d treated my body as a dumpster into which I could throw any food my mind wanted without consequence, as if the sheer physicality of this body and the intangibility of my mind (aka the real me) were unrelated.

I was kinder to my jade plant than to my body.

As temporary, fragile, and vulnerable as our bodies are, they are the most direct portals to the only forever there is.

While living in our bodies rather than a short distance from them would help us be alert and awake in our daily lives, it is also true that, despite the wishes of Walt Disney, who lays frozen in a crypt awaiting to be spring back to life when we discover the secret to immortality, bodies are not meant to last forever. Even if we spend ninety years treating these bodies magnificently, they will wear out and die. Or they will be hit by a truck, a stray bullet, or a renegade virus and due young. There is also the possibility that like an increasing number of tourists, we will die by selfie while standing, say, on the top of Machu Picchu and falling to the bottom.

And there it is: The D word. “Life is like stepping onto a boat which is about to sail out to sea and sink,” writes Zen teacher Shunryu Suzuki.

It’s impossible to talk about bodies without also talking about death because whether we work out frantically or vacate the floors below the attic, bodies die. But as temporary, fragile, and vulnerable as our bodies are, they are the most direct portals to the only forever there is.

Besides sitting with a dying person, the best way I know to be in daily contact with what never dies is to be awake now. To use the senses as a portal to what lies beyond them. Because the body’s sensations are immediate, noticing them cuts through the babble of the mind that is always lurching from the past to the future, nattering on about details, hopes, and desires. On the horizontal level of day-to-day maintenance, digital devices, Kegel exercises, and toe-separators keep this so-called life going, but they are not life itself, just as clouds are not the sky.

Spend five minutes a day (everyone has five minutes), in segments of a minute apiece, noticing where you are.

St. Francis of Assisi said, “What we are looking for is what is looking.” When we only pay attention to the ever-changing parade of thoughts, we miss what is looking. But when we actively notice and occupy the body we already have, we begin noticing what Eckhart Tolle calls the inner body. That blazing animating life force that allows the rest to be visible. The part of us that has never, not for a second, gone away, and that eventually drops this body like a tight shoe.

Here’s my suggestion. Spend five minutes a day (everyone has five minutes), in segments of a minute apiece, noticing where you are. Just that much. You didn’t float to your desk, you didn’t get beamed from your bedroom to your kitchen. Your foot touches the floor step-step-step on your way, you pass other objects, you hear a panoply of hums, noises, clatter. Did you see what you were looking at? Listen to what you were hearing? Are you here? Or are you rummaging around the attic of your mind?

A breath, when you are noticing it, takes eons to fill your chest and leave it. When you become aware of the sound of the wind, the blare of a horn, the click of a computer key, you can’t help being aware of the life force that expresses itself through this fragile body. And while immortality is not an option (I’m talking to you, Walt), when you fully drop into what you see or feel in your body, time falls away because it has no relevance. You cannot help but open to what gives it relevance: eternity itself—4.6 billion years of stardust. And we have it because we are it.

What do you most want to remember from this? Cancel reply 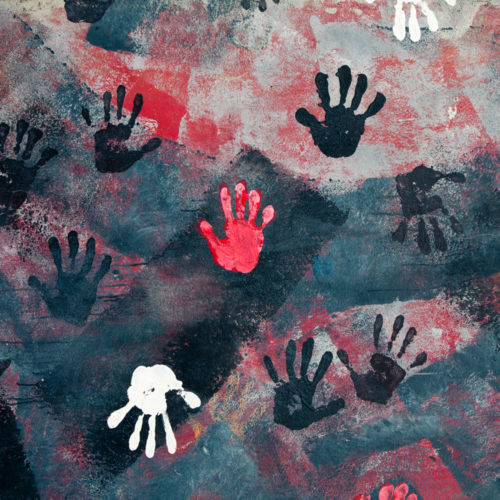 {not set}
Afternoon Event
This Messy Magnificent Life
A Conversation with Geneen Roth & Eileen Fisher
Join best-selling author Geneen Roth as she and Eileen Fisher engage in an exciting deep dive into what lies behind our tendencies toward self-criticism. Inspired by Geneen’s new book, This Messy ...