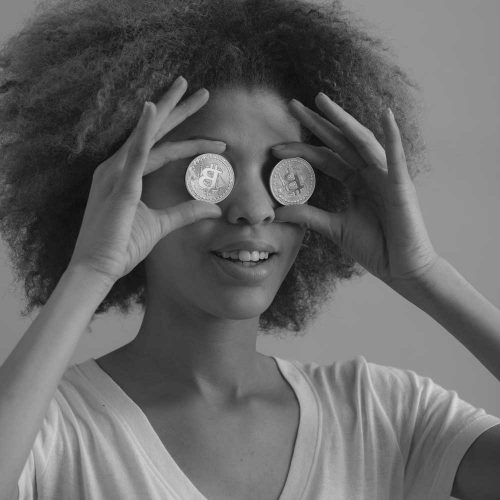 Get Your Courage On
Negotiating Raises, Rates & Salaries
with the Women Together Team

Negotiating is not easy. And navigating financial conversations in a work setting takes courage — and studies indicate that women are often less likely to do so. We asked our team members to share their experiences and advice.

About 20 years ago, I was desperate for work. Really desperate — like, if I-don’t-get-this-job-I’m-going-to-have-to-apply-for-food-stamps-move-apartments-and-sell-my-rickety-car kind of desperate.

I got a second interview for a job I’d applied for. A friend suggested that if they offered me the position to tell them, “I will think about it and get back to you.” I rehearsed it out loud on the way to the meeting. But when they told me toward the end of the hour that the job was mine, I was so relieved that they wanted me — I could go buy groceries and pay my electric bill! — that I forgot all about my friend’s guidance. “Yes! Yes!” I said, “Thank you! Thank you!”

And I regretted it every . . . single . . . day. It was a god-awful job that I stayed in for way too long making way too little. But I learned from it.

For my next job, I asked for time to consider their offer. I did my research, then made a counter offer. They made a second offer in response to mine. It was uncomfortable because it meant everything wasn’t tied up right away, and scary in that I feared (irrationally, of course) that they’d laugh at my offer, or change their minds, or not like me by the time my first day came around. Instead, I ended up with a starting salary that I felt good about because I hadn’t settled. I’d advocated for my own work experience and did what I imagined a confident person would do (and, surprise, I felt much more confident!).

From that point on, I started asking for what I deserved, and supporting myself became much more viable.

I’ve been self-employed for so long that I don’t entirely recall the experiences I’ve had in this area: other than once writing a letter to myself requesting better pay. The reply was one confirming my hard work, loyalty, and dedication to the job along with a request that I stick it out as the coffers were currently empty.

The courage I had to muster was not to ask for the raise, but to believe in the choices I was making to live the life of a freelancer, to believe that the work I was doing was meaningful to me and my clients — that it would help to make a difference in the world — and to be confident that my work would be valued enough to provide me with a living wage.

I would like to think that in a better world these same qualities — doing a good job, feeling committed to the work —  would apply to all employee-employer relationships, and that the need to be recognized financially as well as in other ways would be a natural aspect of human interaction — not requiring one to have courage.

Center and ground yourself. Send your energy through your feet to the center of the earth. Bring that energy back to your heart. Feel the power and love of Mother Earth supporting you.

Imagine your vision. What you are serving in your life? Know that you are doing this work for the highest good. Remember that what you are asking for is not about you, but about the good of the whole.

Remember that the resources you are asking for are the wind beneath your wings. They will allow you to support yourself, your family, all you cherish, while you are doing the work that serves.

Imagine all your ancestors at your back supporting you. Imagine your descendants (blood or otherwise) giving you a standing ovation.

Now speak truth. Ask for what you deserve. Clearly, directly, with strength and conviction. No apologies, no caveats, no wavering.

And when they say, “Yes, of course,” simply smile and say, “Thank you.”

Once when I was being offered a new job, there was a significant difference in the starting salary proposed by the organization and the one I knew was appropriate to my experience. I’d taken time to prepare for our negotiation and felt confident in the value I knew I’d be bringing to the job — I looked at what they were already good at and the unique ways I would improve on that even more. More importantly, however, I was clear on what I had to offer that would be new to them and would expand on what they were doing.

Taking the time to be honest with myself and make a clear assessment gave me a lot of confidence — at one point, I actually said, “You know that I am worth what I am asking for.”

At a seeming impasse, I made the following proposition: I would start at their salary and after six months, assuming I was adding the value I said I would, they would bump my salary up to the number I wanted. And that’s exactly what happened. Six months later I walked into their office and lightheartedly, but sincerely, said, “We all know that this is working out.”

I wouldn’t necessary recommend this specific approach to everyone but I would recommend thinking outside the box sometimes (three years later, when it came time for annual reviews and discussion about raises, I asked for an extra week off rather than a raise).

I have a social worker friend, Helen, who’s great at advocating for others, but rarely asks for anything for herself. Then last winter, during our women’s group meeting, she shared that she hadn’t had a pay raise in seven years. She said the thought of having that conversation with her boss left her feeling paralyzed with fear.

Kelly, another woman in our group, came up with the perfect solution — a PowerPoint presentation detailing the campaigns Helen had run and the many clients she had helped over the years. Kelly even added emails from community leaders and clients with positive feedback about Helen’s work.

Helen said that having a PowerPoint made her feel like she was taking a friend to the meeting with her boss. And, yes, she did get the raise.

I suggest seeking out resources — a lot of organizations offer workshops (usually free!) on just this topic — teaching women how to advocate for themselves, their financial lives, and their careers.

What's your experience and advice for others? Cancel reply

Watch
Perfection is Not Possible
with Shauna Shapiro
“Perfection is not possible, but transformation is.” ...
Email Signup
Contact Us
Women Together CONNECT
Interactive Online Series
Next event: Tuesday, August 10, 12pm–1pm ET, with Antoinette Klatzky/div>